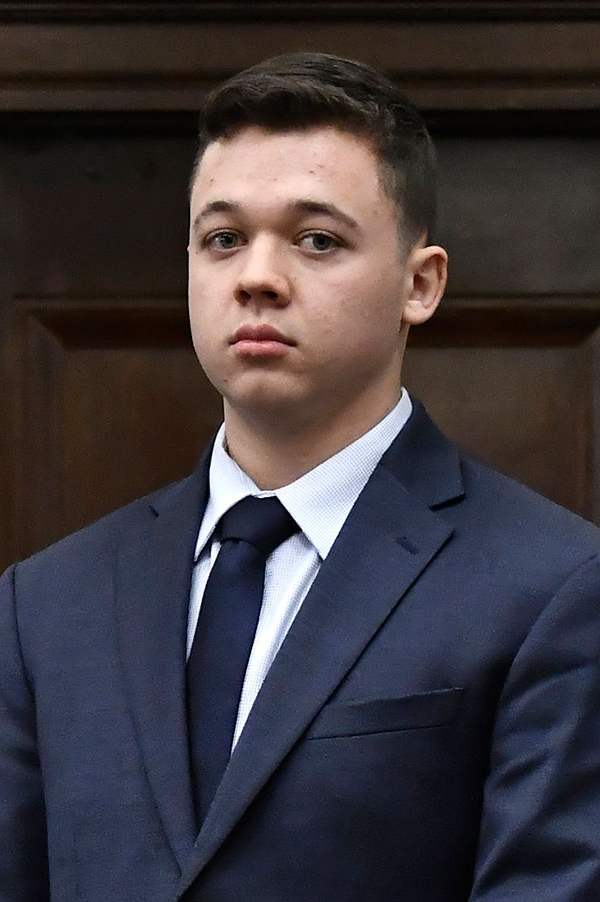 Too frequently, rogue prosecutors bring felony criminal charges against people who were clearly doing nothing more than defending themselves, their families, or others from violent criminal attack.

We've seen this happen in the George Zimmerman trial in Florida a decade ago, in the Kyle Rittenhouse trial just completed in Kenosha WI, and in plenty of cases in between.

These are cases where there is no practical evidence inconsistent with self-defense, such that there can no good-faith reason for a prosecutor to drag that defender to trial.  The only motivation of the prosecutor is personal aggrandizement and political capital.

The real problem here is that these trials are a win-win for these rogue, politically motivated prosecutors.  If the trial ends in a conviction, they won the legal case.

Even if the trial ends in an acquittal, however, as the George Zimmerman and Kyle Rittenhouse trials did, the prosecutor still wins, in the form of political capital and esteem from their own social and political community.  They at least "fought the good fight" as their team sees it.  With a win either way there exists zero disincentives for prosecutors to bring felony charges even in self-defense cases where the evidence and law overwhelmingly favor the defendant, and an actual conviction is all but impossible.

The consequences for the clearly innocent defender, however, are catastrophic no matter how strong his case of self-defense. For the lawful defender who finds himself the target of a rogue, politically motivated prosecutor, it's a lose-lose.

Sure, the defender with the evidence and law on his side will probably win an acquittal--but at what cost?  Especially with the mainstream media having demonized the defender for a year or more prior to the trial--as a murderer, a racist, a white supremacist.

An acquittal after the trial does not make up for the loss of job, marriage, home, business, reputation, educational opportunities, and emotional stability. Indeed, many such acquitted defenders find it largely impossible to ever live a normal life again.

It's time to change this equation.  It's time to compel prosecutors to have skin in the something to lose if they being a laughably weak, yet horribly destructive, felony prosecution in a case of self-defense.  And it's time to provide a path for the wrongfully prosecuted defender to get compensation for his monetary, reputational, and emotional damages.

Kyle's Law is my proposal to accomplish exactly that.   It targets laughably weak prosecutions of self-defense cases, prosecutions so weak they can only be politically motivated, with no real prospect of conviction.

If they fall short of that threshold by a small amount, say 75%, that still looks like a reasonable self-defense prosecution to my lawyer's eye.  Fair enough.

But what if the prosecutor at trial can't even disprove self-defense by a mere 50%?  Not even by that a mere majority of the evidence?  That's not a little bit short of beyond a reasonable doubt, that's enormously short.  To my eye that looks like a self-defense prosecution brought in the full knowledge that it lacks anything close to the legal merit needed for a conviction--in other words, like a prosecution brought for political purposes despite its obvious lack of legal merit.

And that compensation shall be made both by the state generally and by the prosecutor personally.

First, the state generally:  A self-defense defendant who qualifies under Kyle's Law would be entitled to monetary compensation from the state for legal expenses, lost wages, and all other economic costs associated with the unjust prosecution. (Washington state already has a statute that does precisely this, §9A.16.110, but it is the only state that does. This needs to expand to every state.)

Second, the prosecutor personally: A self-defense defendant who qualifies under Kyle's Law would be entitled to monetary compensation from the prosecutor personally for mental distress, emotional pain & suffering, lost economic/ business/educational opportunities, reputational damage, and so forth, plus any legal costs incurred to secure this compensation—and that means the suffering of both the defendant himself AND his immediate family. (No state currently has such a provision of law.) Further, if the State seeks to reimburse the prosecutor for this damage award, that reimbursement also becomes the property of the self-defense defendant.

Only by holding the state generally and the prosecutor personally both responsible for such cases of unjust persecution of self-defense cases can we keep these victims of violent attack from also becoming victims of an assaultive justice system.

At present, we are simply trying to raise awareness and build a community around this project—we are not seeking any funds or financing in any form from anyone, at least not yet.

If you'd like to join the still informal Kyle's Law community, without any cost or obligation at all, and simply for the purposes of being kept informed of our progress as we develop this legislative concept, I encourage you to type your email into the box below.

Thanks for your consideration of our Kyle's Law concept, and I look forward to having you join our modest, but rapidly growing, community focused on the legal defense of self-defense itself. 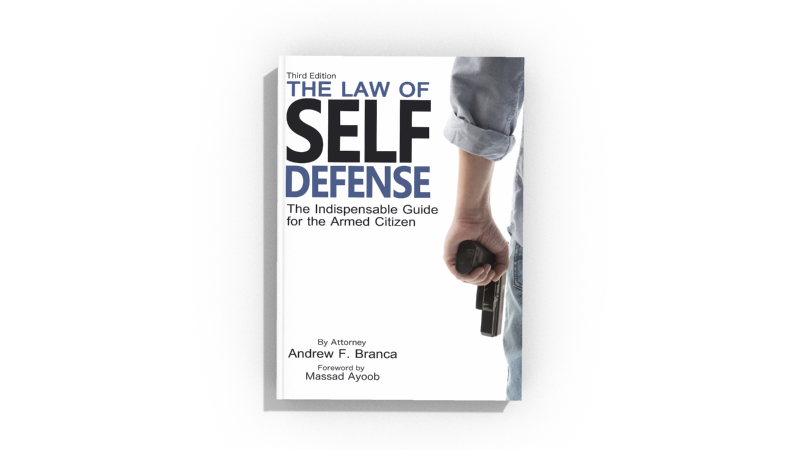 Now you can get it FREE!  We just ask for S&H to get it to your door.  Even better, you'll be helping Attorney Branca advance the cause of Kyle's Law!

Attorney Andrew F. Branca, Esq. is in his fourth decade of practicing law, specializing in self-defense law of the United States, where he is an internationally recognized expert.  Through his legal practice, Law of Self Defense LLC, Andrew helps law-abiding armed citizens make better informed, more confident, more decisive decisions in defense of themselves, their families, and their property.

Andrew is an occasional Guest Instructor and subject matter expert (SME) on self-defense law at the Federal Bureau of Investigation’s National Academy at Quantico and the Sig Sauer Academy, has been the legal expert co-host on the Outdoor Channel’s enormously popular TV show The Best Defense.

Andrew also teaches other lawyers how to argue self-defense cases as a certified instructor with the Continuing Legal Education (CLE) system in the majority of states around the country.

In addition to his legal work, Andrew is also an NRA Life Member and Certified Instructor, an IDPA Charter/Life member (IDPA #13), and a Master-class competitor in multiple IDPA divisions. 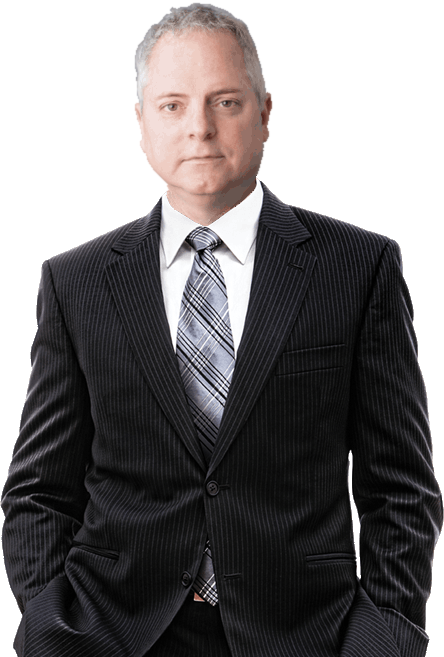