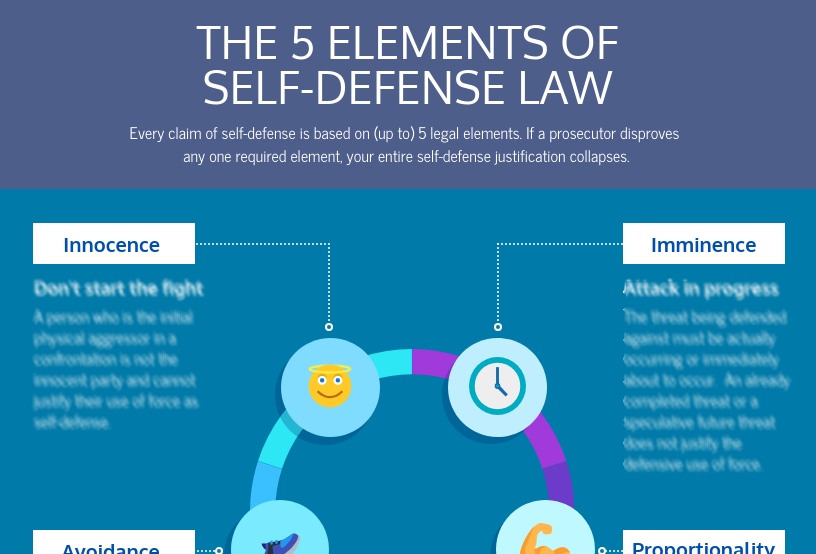 Where should we send your cheatsheet?

Want it as a poster?  Order it now here!

I have a confession: self-defense law is simple. There, I said it—my expertise is simple.

I know what you’re thinking—sure, maybe self-defense law is simple for a self-defense law scholar and lawyer, who reads legalese like a native language, but what about normal not-crazy people?

In fact, self-defense law is simple for everyone.

That said, there is a catch: You have to be taught self-defense law by someone who understands the subject well enough to effectively translate all the legalese into plain English, to distill that legal knowledge from the theoretical to the actionable.

Find that person and you’re well on your way to understanding the law of self-defense because it's not actually that complicated.

The simple truth is that you don’t have to know 500 legal concepts to really understand self-defense law. Not even 50.

In fact, there are at most 5 elements to any self-defense case (and often not even that many).  That’s it—just 5.  And that’s true in every one of the 50 states, and all US territories.

And it all begins with the first element:

You can’t start the fight.

That’s the first element—you can’t have been the initial aggressor, and then justify your use of force as self-defense. Pretty simple, huh?  What could be more obvious than that, right?  You got this.

Often, however, whether you, in fact, started the confrontation can easily be a fact in dispute. Naturally, you’ll say the other guy was the initial aggressor. But that other guy—or his buddies—could say that you were. That kind of uncertainty is the “messy” part of this “simple” element.

Bottom line, if a prosecutor reviews your case and sees evidence that suggests you might have started the fight, you’ve just made yourself way more likely to be brought to trial on criminal charges, because now you look like a vulnerable target for conviction.

But starting (or appearing as if you started) the fight isn’t the only thing you must avoid, there’s also the second element:

The law allows you to defend yourself from an attack that’s either happening or about to happen very soon, meaning within seconds. It’s not intended to justify vengeance for some past act of violence, nor to “stop” a speculative future attack that you have time to avoid by other means.

It’s only while that window of imminence is open that you can lawfully use defensive force.

What qualifies as deadly force? Legally, deadly force is more broadly defined than only force that kills.  Force that can cause death is part of the definition, but deadly force also includes force that causes serious bodily injury, like maiming injuries, as well as rape.

What qualifies as non-deadly force? Non-deadly force is essentially all lesser degrees of force that cannot readily cause death or serious bodily injury.

If you respond with deadly force to an attacker using only non-deadly force, you’re using disproportional force, you’ve “lost the element of proportionality,” and you are not acting lawfully.

It’s essential to make sure you limit yourself to only the degree of defensive force that’s proportional to the threat you’re defending against.

But what about running rather than fighting?  Does the law require you to resort to flight before you can resort to fight? That brings us to the fourth element of self-defense law:

Could you have safely avoided the fight? That’s the question the fourth element addresses.

A minority of about 13 states impose a legal duty to run away, when you can do so safely, rather than fight.  These are called “duty-to-retreat” states.

The large majority of states do not impose such a legal duty to retreat, even if you could have done so with complete safety.  These are the “stand-your-ground” states.

In the minority 13 states that do impose a legal duty to retreat, however, failing to run when you safely could have is not lawful, loses you the required element of avoidance, and therefore loses you self-defense.

Even the duty-to-retreat states only impose that legal duty when retreat is possible with complete safety. That begs the question, however—was a completely safe avenue of retreat actually available under the circumstances facing that specific defender?

To put it another way, would a reasonable defender under attack have been aware that a safe avenue of retreat was available?  This leads us to the last of the five elements of self-defense law:

I like to call this the “umbrella” element because it overlays the other four.

Everything that you perceive, decide, and do in defense of yourself or others must be reasonable and prudent, given the circumstances you faced, the information you knew, and your abilities (or disabilities).

Mistakes in self-defense are allowed, and a mistaken use of defensive force can still qualify as lawful self-defense. The bad guy’s “gun” turned out to be a toy? That’s not a problem for your defensive use of force against the apparent gun if perceiving it as a real gun was a reasonable belief under the circumstances.

The 5 Elements Are Easy … But Real Life is Complicated

And that’s it, folks—the 5 MUST KNOW elements of self-defense law. Easy-peasy, right? How hard can applying just five elements be?

Well, maybe more complicated than one might think. While the elements themselves are relatively simple, applying them to a real-world case can be complicated.

Why? Because the real world is not simple. It is messy and involves real people, real victims, real violence, and so forth.  So, applying these elements to the real-world takes practice.  Applying them quickly enough in real-time to respond correctly in the critical moment of an attack takes even more practice.

Interested in Learning More and Becoming Your Own Self-Defense Law Expert?

Of course you are!

Where can you find the kind of training and experience that I’m talking about? A lot of it is right here, at Law of Self Defense, where it’s our mission to help you make better informed, more confident, and more decisive decisions in self-defense.

As a first step we urge you to download our FREE guide "The 5 Elements of Self-Defense Law,” to use as a handy reference, without cost or obligation, right here:

Where should we send your cheatsheet? 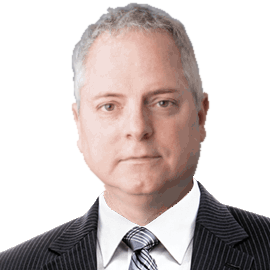 "This is the exact same five elements framework the team at Law of Self Defense uses every day to train staff on how to analyze self-defense legal news and court decisions. Download it and use it ... it works!"